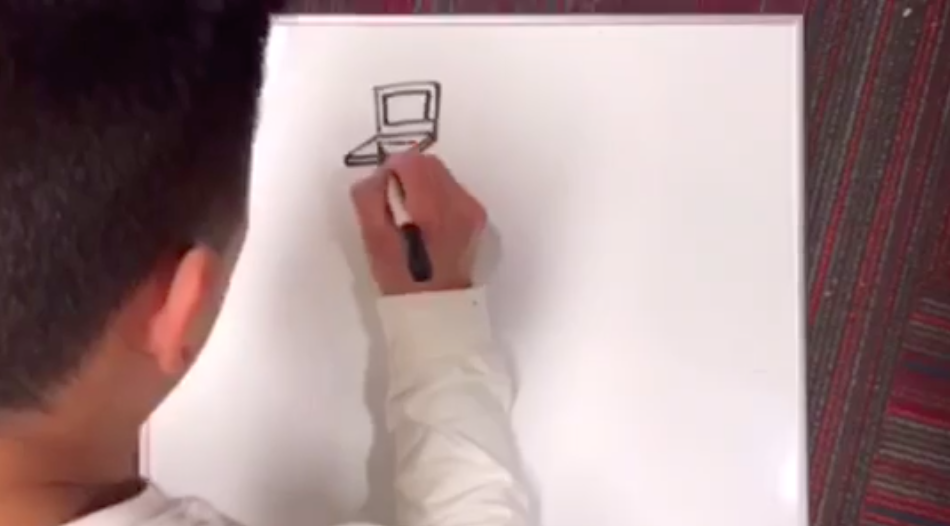 We are thrilled to announce the winners of English 100’s Student Writing Awards for 2017-2018. These compositions are student submitted and evaluated by a team of experienced English 100 instructors and administrators. We award compositions in four categories: Narrative, Informative, Critical, and Multimodal.

The winning essays in the Narrative, Informative, and Critical categories are published in the 11th edition of the English 100 Course Reader, Concepts, Conversations, Critique. The multimodal winner is published here and on our website. We encourage students and instructors to use these as models for discussion in your classes, and we invite submissions every semester through our website.

Paul’s multimodal project takes up an element of his Sequence 3 persuasive research project. Our multimodal assignment provided a limited time range for students to work with, something that presented a challenge. After spending many weeks pursuing a research topic, students had a lot of exciting information at their fingertips, but they needed to reframe and limit their written argument if they were going to create a compelling video. In this project, Paul has done a great job of pulling out a couple of key threads that appear his larger argument and presenting them in ways that differ from his written essay’s approach. Instead of trying to cover all of the sub-claims in his paper, Paul focuses on two separate arguments that he encounters in his research, paraphrases the relevant points, and then shows how these perspectives fit together to support his larger point. 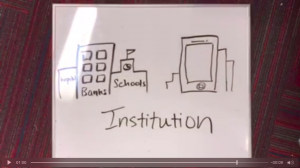 Something I find especially compelling about this project is the way Paul uses visual elements to add nuance to his claims. For instance, near the end of this video, Paul repeats an image he has drawn in an earlier frame: the basic shapes of several institutional buildings. This time, however, he draws a large cell phone next to them. This image works at a design level because he Paul used similar shapes to draw the buildings and the phone, but it also works as a visual metaphor that reinforces his claim—cell phones now loom large in our daily lives.

What may be invisible to viewers encountering this kind of video for the first time is the large amount of work that happens behind the scenes. Though Paul’s primary materials are simple—a whiteboard and pen—his planning process was complex. He had to storyboard the images he planned to use in his project. This meant experimenting with different images and transitions and discussing his plans with peers during an in-class workshop. In addition to composing his spoken script, Paul had to think about coordinating his visual elements with his spoken elements in ways that kept his audience engaged without distracting them. He also considered what kind of music he wanted in the background. As he reflects in his multimodal memo, Paul wanted his audience to feel relaxed but interested, and he has chosen cheerful, open-licensed instrumental music to accompany his work. As I watch this video, I can see how Paul’s motivation to refine both his script and visual storyboard until he was happy with them has made a difference in his work.