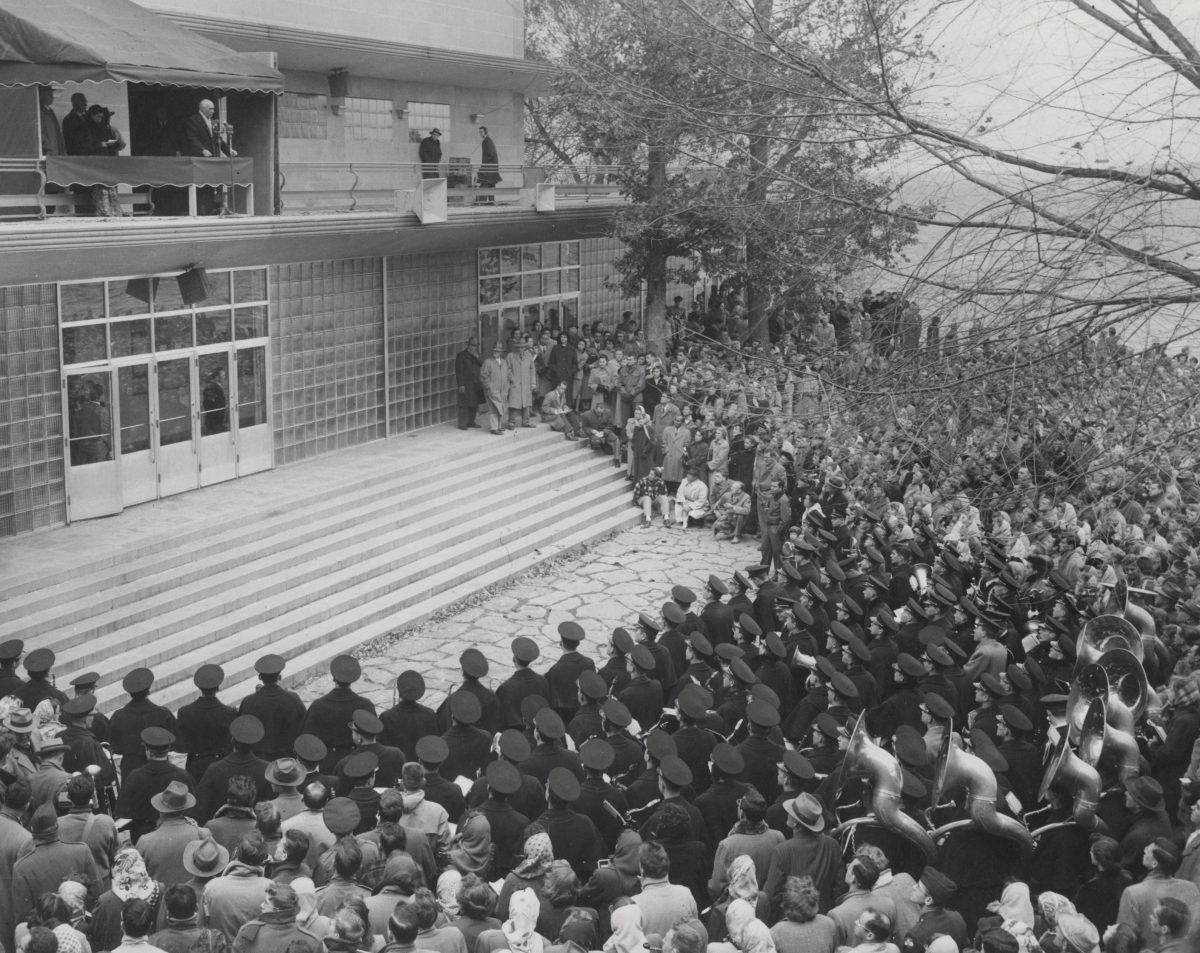 This post is the first in a series looking at the history of writing and writing instruction at the University of Wisconsin. Here, Samitha Senanayake asks instructors to consider how our understanding or definition of critique can apply to working with English 100 students.

If being critical involves raising a question about an accepted way of approaching the world, we, as instructors, may recognize this question through (and as a result of) our own academic training. In instances when this recognition doesn’t immediately happen, do we mark “needs improvement” on the rubric under “critical engagement,” or do we pause and try to see how we may have missed the question because of its unfamiliarity? A recognition of something unfamiliar requires a degree of remove from familiar forms of critical engagement that is often difficult to achieve. This kind of remove was easier when I sat in the UW-Madison Archives reading a student article written 70 years ago.

On 4th November 1949 Pandit Jawaharlal Nehru addressed a crowd of 4000 (Benedict) students from the balcony of the Union (Memorial Union) building, on his first state visit to the US.  He was the leader of a newly independent India. At the time of this event there were 42 Indian students at UW Madison (“Indian Students”), and these students feature prominently in the newspaper accounts of Nehru’s 1949 visit. On the 21st of October 1949, an article titled “An Indian Student tells of the life and struggles of Nehru– Pandit Nehru: Candidate for prime minister of the world” was published in The Daily Cardinal. The article was written by Candrika Thakur, a graduate student in agronomy, and president of the Indian Student’s Association at UW Madison. The article casts Nehru as a world leader and intellectual.

Celebrating one’s prime minister as an ambassador of peace may not seem very critically incisive, at least from a contemporary vantage point. On one level it would read as nationalistic, which we would be tempted to immediately code as conformist, and therefore uncritical. However, it seemed significant that Thakur does not simply play the role of native informant in introducing Nehru to his American audience. He proposes Nehru, the prime minister of a new nation that had just emerged from British colonialism, as an ideal for the world. Thakur’s article must also be read in light of the stirrings of cold war politics in the US. Nehru’s message of world peace translates, in this context, into a position of non-alignment. In light of this history, the possible meanings of Thakur’s simple characterization of Nehru as a figure of peace, begin to multiply.

It is quite possible that I’m reading too much into Thakur article. I would not have had to dig so deep for meaning if he had been suspicious of the utopian ideal of universal peace, or of nationalism. I recognize these critiques as critique very easily. The issue of the multiplicity of critique is less relevant in courses that require instructors to teach specific types of critique (Marxist or Feminist for example) and help students practice it. In English 100, critique is a more open concept, and I often refer to it as if its meaning is self-evident. Laying out what we mean when say “critique,” what questions constitute “questions,” linking the concept to audience, and listening, during conferences, for what questions seem important to students, may help us address this issue. However, as a community of instructors, it might be important for us to discuss whether there is an underlying definition of critique that we consciously or unconsciously subscribe to, and how we might develop a sensitivity for important questions that we may not immediately recognize as questions.